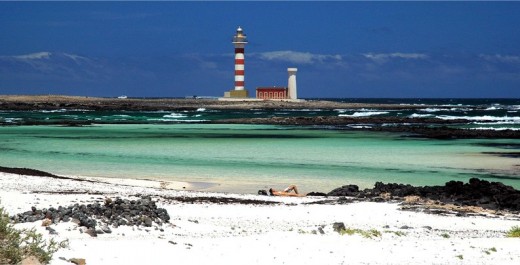 Endless white sand beaches, volcanoes and turquoise waters…  All these and much more is waiting for you in the North of Fuerteventura.  Let us go through those 5 places that you should not miss on your next trip to this magical and beautiful island !

Haven of peace and serenity, this small island is a return o the past, where tarmac, cars, and other noisy appliances of the modern era do not exist. Its name comes from the sea lions, ancient inhabitants on the island, but the only reminiscence of their passing here are the sculptures in the Playa de la Concha.

The island, located in the Bocaina channel between Fuerteventura (2 km) and Lanzarote ( 8 km), has an area of 468 hectares and a coastline of 13.7km, perfect measurements for a full day excursion. Do no forget to climb the mountain La Caldera, the highest point of the island where you can enjoy excellent views of the dunes of Corralejo. 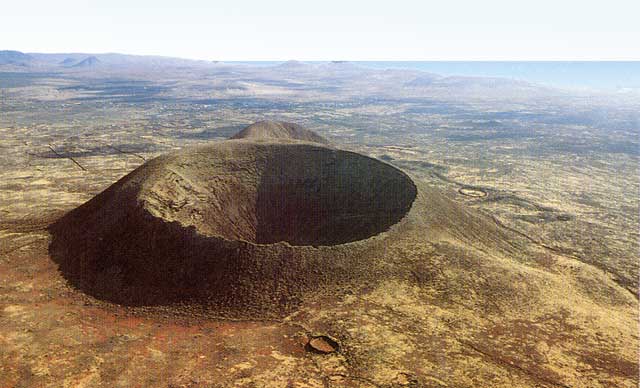 Calderón hondo Lajares. A must Hike!

If you park the car and decide walking is better, a lunar landscape awaits you from Corralejo to Lajares, crossing the chain of volcanoes known as Bayuyo boilers. First is the Bayuyo volcano above the town of Corralejo, followed Mountain La Caldera, Caldera Rebanada, Caldera Encantada and a little later Calderón Hondo on Lajares.

This last volcano, Calderón Hondo deserves a hike itself. The hiking path starting point is in the road linking Majanicho and Lajares, only a few tens of meters right after leaving Lajares behind, on the right side of the road, heading to Majanicho. The starting point is signaled with wooden panels illustrating the hike. The hike takes about 90 minutes at normal pace, the hike is indicated for everyone, whatever age and  physical condition. Hikers become very excited and impressed when reaching the top of the volcano, as its crater shows a perfect round shape and deepness ! As everyone of us would picture a crater.  The trip is also very special because not only are you walking through brown red colored volcanoes but also because you enjoy splendid views of all the North shore of Fuerteventura.

I have not space, nor enough talent as a writer to quote so many special mountains and volcanoes that this island has. And it is that even though Fuerteventura is somewhat flat (maximum height is in the south of the island, on the peninsula of Jandía, the 807 meters of Pico de La Zarza) mountains and volcanoes stand out especially when standing between the wastelands. The badland or “malpaís” are the plains of arid environments, formed from volcanic eruptions and the presence of eroded rocks. Are they called that because of the attempts to cross them wearing flip flops ? 🙂 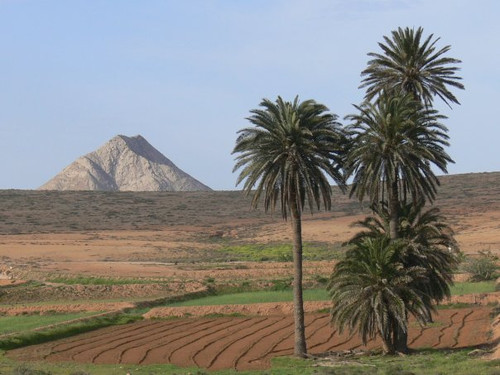 Magic Mountain of Tindaya from the valley

Tindaya is Nimbada Mountain, which has an indelible memory. Cosmogony materializes thanks to the maxos population, these aborigines arrived from North Africa living on the island since at least the first century before the Age until 1403. Tindaya has always been a powerful image for the maxos. The presences of maxies evokes the atmosphere of the past. Tindaya was chosen by the indigenous population of Fuerteventura for its height, color and its position amid the plains making it to them the axis sustainer of heavens. The aboriginal population recorded in the rocks of the summit abouth 300 silhouettes of human feet (Petroglyf)  in order to sanctify the space and aligned it to the summer solstice sunset, where it is equally visible on Teide’s summit in Tenerife. With a similar religious puropose, built in the upper circles of standing stones and rock piles, inside which lay countless bone fragments from young children. These bones were fractured and subjected to fire for a significant time.

The Mountain has a whole constellation of circular structures oriented towards the valley. The creativity of Tindaya’s settlers is emphasized by the special nature of his aesthetic construction that gives an unmistakable visual and iconographic feeling. Regardless of the theoretical significance of archeology and what was the social strategy of building a society with engravings humanizing this arid territory, the feet silhouettes make visible what is not seen without them.

The Mountain implies a message, a divine language and the markings give an insight into aboriginal imagery. Therefore, both elements are a material indicator of their ideas, especially if as in this case we can talk about Tindaya’s style to define the shape of the foot contours, as a rule with no specific cultural content exportable elsewhere. The people who made these markings, recorded shapes to create visual events using their technical skills at their service, from waht they saw and contemplated. Six centuries have passed since the last maxos recorded petroglyphs in Tindaya, by archeological research we now know that Tibiabín an Tacomante have walked on it and overall their luminescence remains in this unique area.

Tindaya acts like an anchor taht holds us in the past and we have to keep this in mind. The rope that binds us to today is woven with very fine wires from yesterday, extremely fragile and subtle, consisting of recorded images, a dusty air with trachyte aroma, stone carvings of sculpted feet that need to be healed, spoken stories of extraordinary event sent to live with us every day, wrinkles whose folds retain memories, that ask us for our help no to allow emptying even in teh name of Art (Chillida’s project) Tindaya’s present is her past, as such, unchangeable beauty. 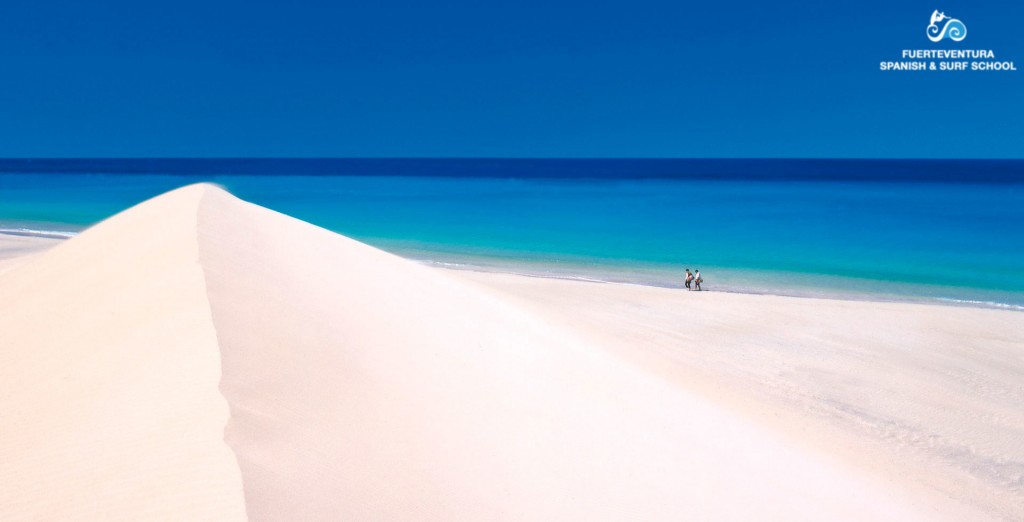 In an unmatched natural setting, Corralejo lies between white sand dunes, volcanoes and a turquoise sea, the silhouette of the Isla de Lobos eventually frames the area.

The natural Park of the Dunes of Corralejo and its huge beeaches stretch for miles along the east coast, if we look South, in one edge of the Natural park, nestled amongst sand dunes, an ancient volcano rises majestically, Montaña Roja, this volcano always seemed to me, in that rare but common habit of recognizing shapes in natural elements, the leg of a dinosaur! The scarcity of vegetation accentuates the shadows of the cracks that produced by its ravines that divide this prehistoric animals hooves to the point where my imagination has become the mountain.

Surf at the North shore Fuerteventura

If you enjoy the wild, unpaved tracks, the raging sea and solitude without a foot print of civilization other than small fishermen’s houses, you will love the north coast of the island. From the Bristol area in Corralejo, to the village of El Cotillo, there are a series of dirt roads along the coast on a route well knowns by surfers. This route is the island in its purest form.

Everyone can find their place here, from families with children who can swim peacefully in low tide pools left in its retreat, near to the Tostón lighthouse where, even the bravest lovers of wind and sea are sure to discover a wave measure.
Waves, sometimes smooth and quiet and which roll in slow rhythm, sometimes unruly hitting rocks and sprinkling the sky with white water.

I hope this coastline will remain forever virgin …