Popular Festivals in the Canaries 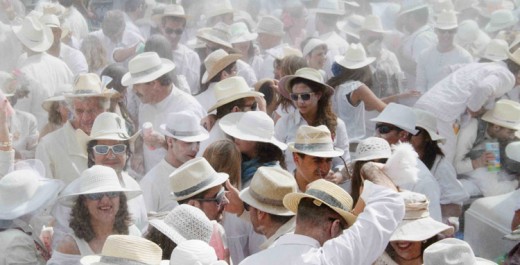 While your main objective during your stay might be to learn Spanish or to surf in Fuerteventura, remember that Canarias is part of Spain… and that means there are whole lot of festivities going on throughout the year! Whether the traditions originate from religion, farming traditions or simply a modern pastime, they all guarantee an entertaining and authentic experience, filled with music, food and dance.

There are simply too many festivals in Canary Islands to mention in one post, so I’ve put together 7 of my favorite just to get you started. I’ll begin with the one closest to home, here in Corralejo

Each year since 1986 professional and aficionado kite flyers gather, in November, at the International Kite Festival to fill the sky with all sorts of shapes and colors. The festival takes place at the Dunes of Corralejo Natural Park, in Fuerteventura and was originated by kite aficionados who began organizing get-togethers at this beautiful and windy site, and since then the number of attendants has kept growing until it eventually became an official event.

The festival takes place only a short walk from our Spanish school making it an ideal way to spend the day after a morning of learning Spanish.

The “dance of magicians” in Santa Cruz de Tenerife takes place in the city’s old town every 2nd of May. For the occasion the locals dress in traditional garments, which is mandatory, and dance the night away to their own folk music, which is typical throughout Tenerife.

They also enjoy a day of tasting many of their typical foods, such as “papas arrugadas” or wrinkled potatoes with mojo, or a “pella de gofio”, a typical pastry made from dough from roasted grains.

The festival gets its name from the moniker given to farmers in the Western province of the Canarias: “magos”, or magicians.

Achipencos, the most original celebration in Carnavales! 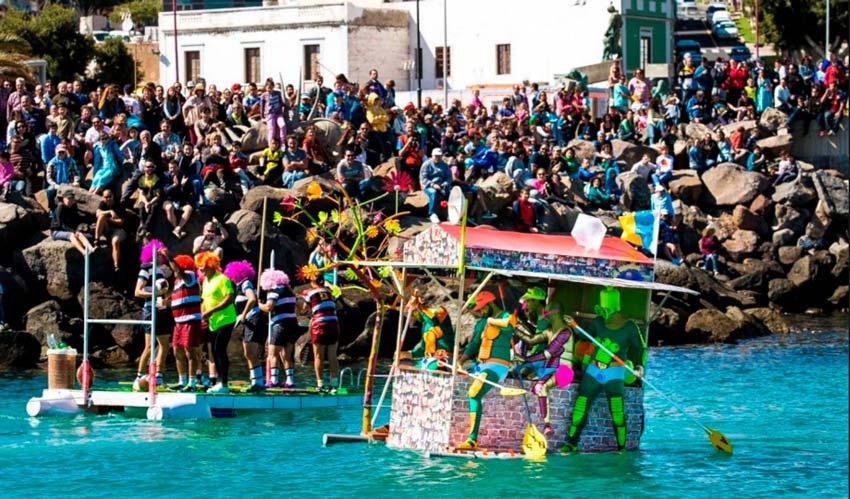 You cannot talk about festivals in Canarias without mentioning the Carnavales, which take place mid-February. Each island has its own unique celebration surrounding it, such as “Los Indianos” in La Palma, “Los Carneros” in El Hierro or the “Drag Queens” of Las Palmas in Gran Canaria.

But since I’m partial towards my home island I’m going to delve into Fuerteventura’s version of Carnavales: the “Achipencos”.

The highlight of this spectacular festivity is the peculiar and extravagantly designed boats that race down the Fuerteventura coast. Each boat is a demonstration of mesmerizing ingenuity, bordering on the surreal, each featuring a theme with messages that go from the political to the hysterical.

The race begins at the capital’s pier and finishes at Playa de los Pozos, better known as Playa Chica. The winning prize isn’t the team who finished first but for the one with most original boat.

After a morning of surfing in Fuerteventura… what better than an afternoon of racing in work of art!

“Danza del Diablo” (Dance of the Devil), fun with the smell of fireworks

This festivity, which honor’s the Virgin of Candelaria, attracts more and more visitors each year. The “Danza del Diablo” or Dance of the Devil is one of La Palma’s most famous festivals.

Every 8th of September, at 3am in Tirajafe thousands of locals and tourists wait impatiently, for the “devil” to appear while they sing singing “tirirí tirirí ti ti, que El Diablo va a salir” (tirirí tirirí ti ti, the Devil is coming)… and the he appears: a man wearing a metal suit covered with lit fireworks, and he heads straight for the middle of the crowd!! He then proceeds to the town’s square to dance to live music together with the rest of the crowd, which makes for a memorable night.

Food, drink, music and the smell of fireworks are all part of this 90 year old tradition. If you go, be sure to wear comfortable shoes… just in case you need to escape the Devil!

Every Carnival Monday La Palma celebrates a unique festivity, full humor, fun… and talcum powder. “Los Indianos” relives the emigration that many Canarians had to undertake to Cuba, in the early decades of the 20th Century.

Dressed in elegant suits and dresses from that period, the participants of the visitors of the festival participate in an open battle talcum powder battle, which forms a bulging white cloud that can be seen from a distance. These participants also carry briefcases full of (fake) cash, symbolizing the wealth generated in the Caribbean island.

This particular festivity also takes place in Las Palmas de Gran Canaria, in the famous street of Triana. This prompts controversy each year over where the tradition originated.

“La Rama” (The Branch), the ritual that became a festival 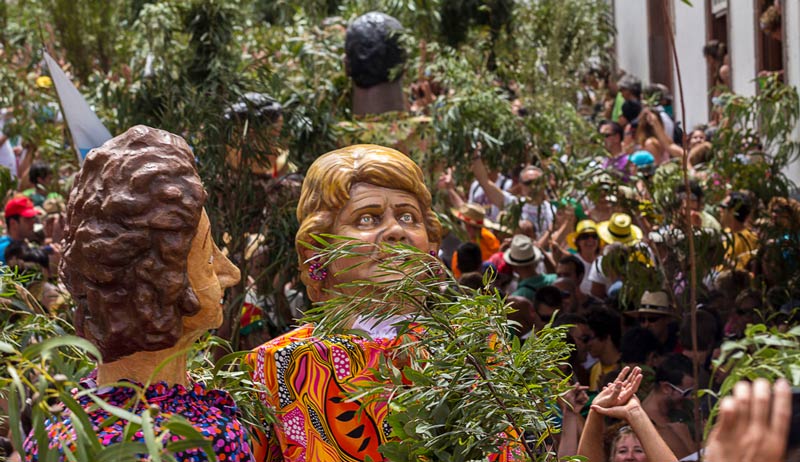 The “La Rama” o The Branch festival in Agaete is one the most popular festivals, not only in Gran Canaria, but also in the entire archipelago. It takes place every August 4th, where thousands of visitors arrive with a tree branch in hand and dance to live music, until they arrive to the Sanctuary of the Virgen de las Nieves (Virgin of the Snows).

The festival originated as a ritual dating back to the aborigines of the island who would ask the gods for rain in times of drought.

Festivities of Famara, the most popular event in Lanzarote

Each year, the festival of the “Sagrado Corazón” (Sacred Heart) of Famara has attracted more and more people. During the final days of August the island receives over 20.000 visitors looking to take part in the festivities of this little fishing village.

Day and night you see all sorts of activities, such as dramatic performances, workshops, among other fun activities. After the traditional procession takes place the festival ends in jubilous dance called the “verbena del agua”.

Lanzarote is only short ferry ride from Fuerteventura, so don’t hesitate to go and also learn Spanish while having fun!